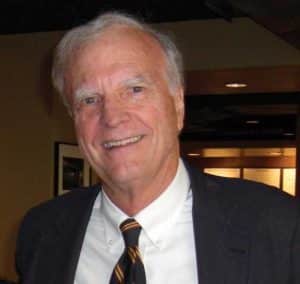 John Cheatham TSBA Stand Up for Public Education Tennessee School Boards Association’s campaign, Stand Up for Public Schools, focuses on the importance of keeping public education from becoming a tool of any single group or person.  The campaign seeks to enlist the support of community members from across the state of Tennessee  to ensure that the future of public education remains in the hands of the community, which it serves. Local school boards keep the public in charge of public schools. In any given county, city or special school district the local board of education is the “voice of the people.” To keep that voice strong we must continue to  TSBA Stand Up for Public Education Public Schools!

What is Stand Up for Public Schools?

TSBA Stand Up for Public Education School Boards Association along with the National School Boards Association launched a nationwide campaign, Stand Up for Public Schools, in February 2014 to increase awareness of the importance of public schools. Historically, communities have supported local, lay school boards to make certain that local schools serve the community effectively and equally.

The campaign focus is on maintaining the collective belief that public education should not be allowed to become a tool of any single group or person and that education exists to serve all people equally. Support for a strong system of public education is crucial. It is the backbone of our democracy and has made our nation a leader in the world.

Tennessee’s Constitution states:  “The General Assembly shall provide for the maintenance, support and eligibility standards of a system of free public schools.”  This means:

Because education is such a determining factor in the future of individuals, governments, businesses and organizations of all kinds, its control has never been a simple matter.

Why Are Local Public Schools Necessary?

Why Are Local School Boards Necessary?

What Can You Do?

The main goal of the Stand Up for Public Schools campaign is to provide local boards of education and community members with the tools and resources needed to begin a dialogue about keeping the control of public education within the local community. The campaign seeks to enlist the support of all citizens from across this great state to ensure that the future of public education remains in the hands of the community, which it serves.These resources can be found by visiting the “Take Action” tab on the standupfortnpublicschools.net website.

Why Stand Up For Public Education?

From NSBA President David A. Pickler:

Well-funded and well-organized critics are undermining public schools and working to eliminate school board governance as we know it. But the conversation is beginning to change – and YOU are part of this shift. In local communities across America, public schools are the ‘great equalizer’ able to empower every child to fulfill his or her potential, regardless of race, gender, socioeconomic circumstance, or religious affiliation. Many Americans today understand the myths of ‘choice’ and are choosing public education.

Who Should Stand Up For Public Schools?

The answer is simple: YOU!

Motivated people from all walks of life should support public education. Whether you are a parent, a political leader, a small business owner, a local or state decision maker, or a member of your community who believes in the American dream, when you take a stand for America’s public schools you help every child achieve world-class standards and a brighter future.

It looks like nothing was found at this location. Maybe try one of the links below or a search?